You are here: Home / Gaming / How to Unlock the Vissudha Field Teleport Waypoint Sumeru in Genshin Impact 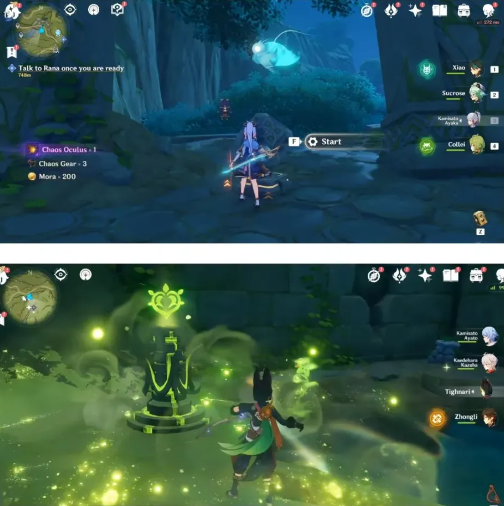 You need to perform the task in the game in which you have to unlock the Vissudha Field Teleport Waypoint Sumeru in Genshin Impact.

The reason behind it is that you will not get any clear directions.

In this post, I will guide you on how to unlock the Vissudha Field Teleport Waypoint Sumeru in Genshin Impact.

You need to interact with a mechanism first to unlock the Vissudha Field teleport waypoint.

After interacting with the mechanism, get into the cave, hit the two dendro totems and a big rock with a dendro element.

If you can’t locate the big rock, there’s a stone covered with vines that you have to attack using a dendro element.

After doing so, it will then go up and the dendrogranum will show up (the stone is a little bigger than Kazuha Xianglin ITP).

In the end, shoot the 3 dendro rocks and follow the path in order to unlock the teleport waypoint.