You are here: Home / Gaming / How to Unlock the Hidden Teleport Waypoint Under Chatrakam Cave in Genshin Impact 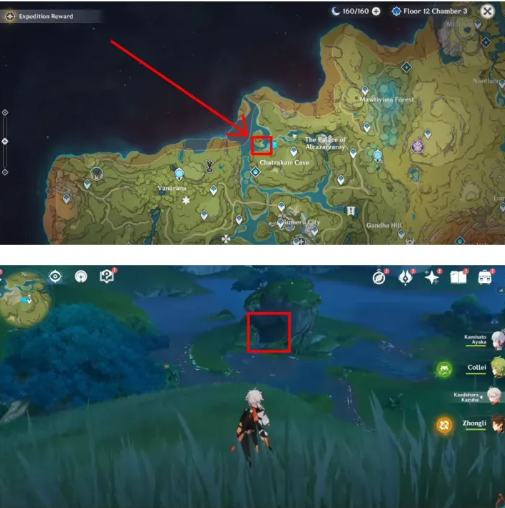 You need to perform the task in the game in which you have to unlock the hidden teleport waypoint under Chatrakam Cave.

In this post, I will tell you how to unlock the hidden teleport waypoint under Chatrakam Cave in Genshin Impact.

You need to finish the “Agnihotra Sutra” quest to unlock the entrance to Chatrakam Cave.

The cave entrance is available northwest of Chatrakam Cave under a waterfall.

Jump down the waterfall, move forward, reach the top, and activate 4 Dendro Totems.

After activating the 4 Dendro Totems and played the Old Lyre, the teleport waypoint will be unlocked.

You’ll also get 5 Primogems for unlocking it.

After that, you can now teleport to the waypoint whenever you want regardless of the time.