You are here: Home / Gaming / How to Fix Valorant Not Launching 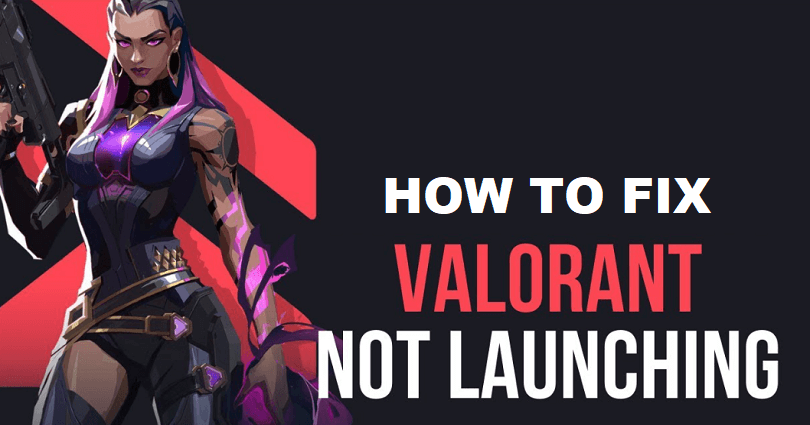 Is Valorant not launching or opening due to an update?

Valorant is a 5v5 tactical-based FPS game and the game developer is Riot games.

In the game, you get 13 rounds to defend and attack your side with the help of abilities and weapons.

Per round, you get only one life, so you have to pay attention faster than your enemy.

It has various modes such as competitive, unranked, deathmatch, and spike rush.

You can select between the multiple agents armed with unique abilities.

All agents will play uniquely and no highlight reels will be the same.

Every map helps you to show your intellect as it is designed for plays, teamwork and clutch moments.

In this article, I will tell you how to fix Valorant not launching or not opening after an update for Windows 11 or 10.

Why is Valorant not opening after an update?

Valorant is not opening after an update as the latest update contains bugs in it.

If the game is not opening, the problem can be due to obsolete windows or graphics card.

Lastly, some antivirus programs can also restrict the game.

Valorant will take some time to send a new update to fix glitches from the previous update.

In the meantime, you can use these solutions that can fix the launching issue if you use them.

How to fix Valorant not launching

To fix Valorant not launching, the best bet is to update your graphics card as well as Windows version.

You can either uninstall or remove your antivirus and running Valorant in compatibility mode for Windows 8.

Note: Valorant is not giving support for older versions of Windows 10. If you are using an outdated version of Windows, it will be ideal to update it to play the game (source: Valorant Support).

Method 2: Turn off or remove your antivirus

Note: If you’re still getting launching issues, check “Run this program as an administrator” rather than unchecking it.

How to Fix Bootstrap Packaged Game in Valorant

How to Fix VAN9001 Error in Valorant