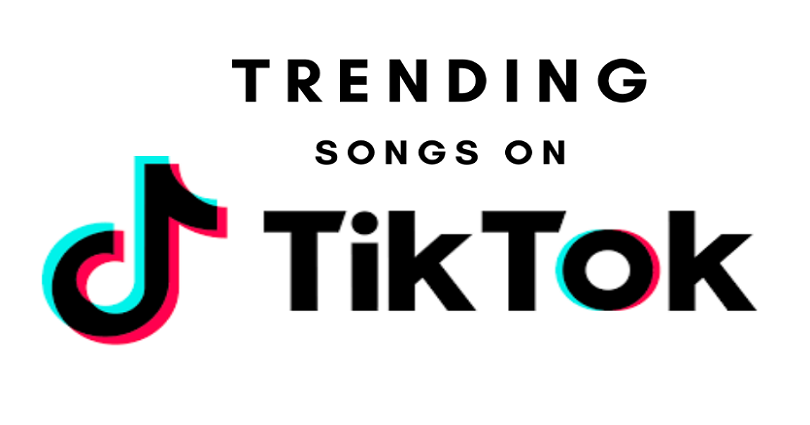 Do you want to see the trending TikTok songs right now?

If you’re a creator, it is necessary for you to know what are the current trending songs on TikTok.

There is another benefit if you choose a trending song in your video, it will increase the chance of getting on the “For You” page.

Trending songs on TikTok keep changing with the passage of time.

Having said that, some of them might be popular for a long time.

The release of the song was in 2014 by The Walters and it has become popular on TikTok.

This post has the top 20 popular and trending TikTok songs in 2023 right now and this week.

Note: I have retrieved the rankings in this list from TikTok’s Creative Center via “Trend Discovery”.

It is a song by The King Khan and BBQ Show, a Canadian garage rock duo from Montreal, Quebec, Canada.

People confuse Love You So with “I Love You So” by The Walters, an American indie-pop band.

The most popular video using the song crossed more than 114 million views.

The song Monkeys Spinning Monkeys is composed by Kevin MacLeod.

Kevin MacLeod is an American composer and musician who composed more than 2,000 copies of royalty-free music.

The genre of the song is comedy and people use it frequently in funny TikTok videos.

This song has crossed 26.6 million videos.

3. Just a Cloud Away

It is a song by Pharrell Williams.

He is an American singer, and rapper.

This soundtrack is taken from Despicable Me 2 from the original motion picture.

Most TikTok users use it with 2 captions in their content.

The first caption shows that they had low expectations of something and the second one is a twist from the first one.

It is a song by Patsy Cline who is an American singer.

She was regarded as one of the most influential vocalists of the 20th century.

People use this song in videos of people who had a crazy relationship experience.

The video that has become the most popular video contains more than 26 million views.

The song Oh No is sung by Kreepa, a musical artist.

The artist also claimed that he was just messing around in his basement with mixtape beats and used the “Oh No” voice.

The song is available in the videos of prank or mishap.

It has also become one of the most popular songs on TikTok that has been trending to this date.

This is a video about a dog getting angry when unable to eat a sausage.

Forever is a song by Labrinth who is a British singer, songwriter, rapper, record producer, and composer.

It was originally from the HBO series Euphoria.

The most popular video that is using that song, a drawing of a butterfly, flames, and a rose.

The video contains more than 83 million views and 13 million likes on TikTok.

7. Rocking A Cardigan in Atlanta

Rocking A Cardigan in Atlanta is sung by lil Shordie Scott.

The song accumulated more than 2 million views on YouTube and over 31 million plays on Spotify.

The most popular video which has the song is a dance of it.

The video contains more than 24 million views and 5 million likes.

It is a song by Gillian Hills, an English singer and actress.

The song has become a meme on TikTok.

Here is an example of the meme, “your friend fails the test” next to “you copied”.

Miami, My Amy is a song by Keith Whitley who is an American music singer, as well as a songwriter.

The song is based on a man who belongs to Los Angeles and meets a woman in Miami.

When he comes back to Los Angeles, the woman calls him and says that she misses him and invites him to return to Miami.

The most popular video using the song contains more than 17 million views and 3 million likes.

Spongebob Tomfoolery – Dante9k Remix is a song by David Snell.

He was a conductor, pianist, composer, and music director.

People are using the song in funny TikTok videos of people and animals fooling around.

Tom’s Diner is a song by Suzanne Vega who is an American singer-songwriter.

In 2019, the song was covered by AnnenMayKantereit x Giant Rooks.

The cover contains more than 37 million views on YouTube and was trending on TikTok in April, 2022.

The most popular video using Tom’s Diner is a cat sitting on a motorcycle with a helmet.

This is a song by Nicky Youre and dazy.

Since then, more than 2.8 million videos on TikTok used the song.

On Spotify, the song contains more than 42 million plays.

13. Something In The Way

Something in the Way is published by Nirvana, an American rock band.

The song became popular after “The Batman” movie featured it as a soundtrack.

TikTok users have used it in their videos to show how they felt after watching the movie.

The live video of the song contains more than 28 million views on YouTube.

The song was hosted by LeVar Burton for over 20 years.

Cmonnn (Hit It One Time) is featured by Lay bandz and this song is by 5Star.

Currently, there are no confirmed lyrics available for this song on the web.

The song is used by more than 1.1 million songs on TikTok.

TikTok users mainly use this song in their videos while dancing to it.

The official soundtrack of Intersteller is known as Cornfield Chase.

The soundtrack is produced by Hans Zimmer, a German film score composer as well as record producer.

It’s mainly used in TikTok videos that contain a memorable and amazing view.

The song is used in over 2.7 million videos on TikTok.

556 (Green Tip) is featured by iayze, a musical artist.

The most popular video in which the song was used is by @Chirobackboard.com.

It displays a product that is used to crack your back.

Yung Lean is a Swedish singer, rapper, as well as songwriter.

Yung Lean is one of the most influential people in the early cloud rap era.

In short, Ginseng Strip 2002 is one of the most popular songs on TikTok (behind Lottery) that contains more than 12.8 million videos.

The song, “emo girl” is produced by Machine Gun Kelly and WILLOW.

Machine Gun Kelly is an American singer, rapper, musician, as well as actor.

Alternatively, WILLOW is an American singer and actress.

The song is used in TikTok videos having people and animals in their “Emo Phase”.

Cool for the Summer is a song featured by Demi Lovato.

Demi Lovato who produced it is an American singer, songwriter, and actress.

The song contains more than 395 million views on YouTube and a sped-up version of it was trending on TikTok in 2022.

@genboy3 posted a video of him dancing to the song that has more than 97 million views.

If you’re a TikTok creator, it’s necessary to stay updated on trending songs on TikTok.

Using trending songs in your videos will give rise to your chances of getting on the “For You” page.

But your video should be of high quality and native to the app.

The list above has the top 20 popular and trending songs on TikTok in 2023.

You can get inspiration from browsing through the top videos of each song.

Just remember that the data is taken from TikTok’s Creative Center via “Trend Discovery”, therefore, the rankings are 100% accurate.

How to Fix TikTok Effects Not Working

How to Get 1000 TikTok Followers Fast