You are here: Home / TikTok / What Does Rizz Mean on TikTok? 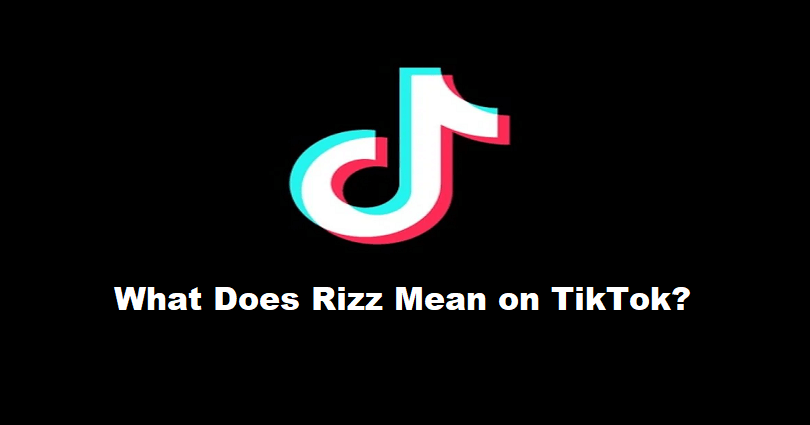 The word/slang “Rizz” has become very popular on TikTok.

A lot of TikTok users around the globe are using it in its variations and videos.

This word has become very famous that it has more than 2 billion views on TikTok (#rizz).

In this article, I am going to tell you what Rizz means on TikTok, how to use it, and where it came from (its origin).

What does Rizz mean on TikTok?

Someone with Rizz shows confidence, is persuasive, and is charming in nature.

It’s all about working with what you possess and utilizing them as your plus point.

Whether you’re rich, poor, attractive, or ugly, getting Rizz enables you to get your desired woman.

Rizz is same as the slang, “Game”, where having “Game” means that you master the skill to achieve something well (specifically getting girls).

A recent trend on TikTok shows text messages sent from males to females that showcase Rizz.

Another trend is also available in which guys (and girls) touching the arm and then pushing up the chin of the opposite sex, which gives a flirty gesture.

The most popular video of Rizz trend was posted by a username @yannytran1 and got more than 23 million views and 3 million likes.

Another trend is also prevailing in which one’s Rizz is compared with one category to another category.

Where did Rizz come from?

Rizz is a slang coined by Twitch streamer and a YouTuber named Kai Cenat.

In a No Jumper podcast, Kai defined Rizz and its meaning.

“So let me define it for you. Unspoken Rizz is like where you’re attractive and you don’t need to say anything to get girls”.

“Rizz started with me and a few of my friends from back home”.

“That’s not Rizz at all. Rizz is when you’re talking to a girl and at first, it was not going your way”.

“It’s like going from a dead end to where you’re so sweet with your words and what you’re saying to where the girl is like—let me talk to him”.

“You don’t know what’s going to happen, it’s looking terrible for you until you’re Rizzin’ them up until like hold on—it’s starting to go in your way”.

What Does “You don’t have this emoji” Mean on TikTok

What Does #xyzbca Mean on TikTok

What Does Chupagetti Mean on TikTok?