You are here: Home / TikTok / What Does Chupagetti Mean on TikTok? 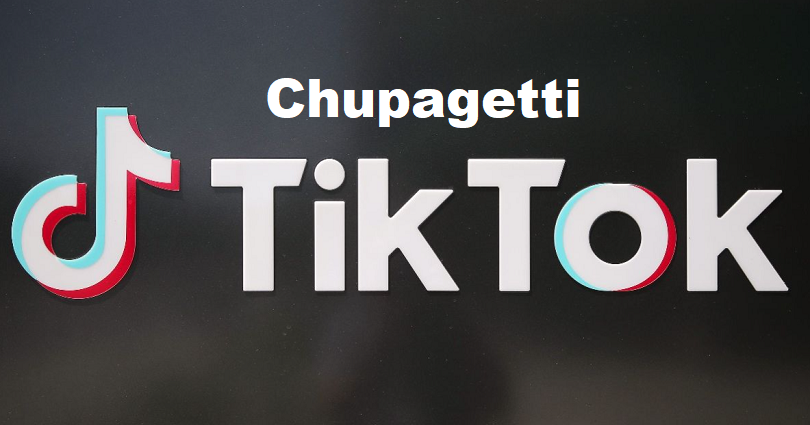 From march 31st 2022, you may have seen “Chupagetti” comments on TikTok, if you are a regular user.

Here is the full comment that is trending on TikTok, “here’s the recipe for ✨CHUPAGETTI✨”.

A new and popular trend is available on TikTok after some days.

These days, the trend is about commenting “CHUPAGETTI” repeatedly on TikTok on almost every video.

Almost every video on the “For You” page contains this comment.

In this post, I am going to tell what does Chupagetti mean on TikTok and where it originated from.

What does Chupagetti mean on TikTok?

Chupagetti is a mixture of two words, “Chupa” and “Spaghetti”.

In Filipino, “Chupa” is a crude word that stands for “suck”, while “Getti” is just the second syllable used in “Spaghetti”.

Unfortunately, many TikTok users who comment “CHUPAGETTI” just want to follow the trend and have no idea what the phrase means.

Mostly users comment the phrases they see on the videos and do the same for the sake of the trend.

To quote the pidgin-style saying, “monkey see, monkey do”.

A lot users did not like it and posted a complaint about it on Twitter to show that it is an annoying trend.

Fortunately, this sort of trends will eventually vanish—it’s just a matter of time.

Having said that, there will be new trends that will catch the attention of the users and they may be even stupider than that.

Where did Chupagetti come from?

The origin of Chupagetti is from a joke made by Tyrone Tiaga, a Filipino TikToker, YouTuber, as well as a comedian.

He combined the two words to originate it, “chupa” and “ghetti” put together in a video in 2021.

However, the second syllable of the wars was changed later to “getti” because of a misspelling.

Currently, I do not have any idea who was the first person who posted the “here’s the recipe for ✨CHUPAGETTI✨” comment.

Nevertheless, it has become a global trend on the app and now everyone is using it as a comment.

The phrase is cruse because “Chupa” is a Filipino word.

In 2021, there was a “leave @acrello alone” trend and the “Chupagetti” trend is the same.

But, this time the trend has become cruder due to its implied meaning of a s*xual act.

The trend has taken over TikTok in the same way as the commenting “Chupagetti”.

The main difference between the two is, @acrello got the attention directly due to the involvement of the TikTok username in it.

The trend remain active for many weeks before it died.

Now, the “Recipe” comments have become prominent on TikTok, but they were not as popular in the beginning.

A week ago, the “brownie recipe” comment was in full swing on TikTok.

The comment just contains a recipe of a brownie in it.

Here is the Recipe for Brownies:

This brownie recipe was another annoying capypasta one can see on the platform.

I can assume that the person who comments on recipes on TikTok has too much time to kill.

Otherwise, they might want to join the trend. Whatever the reason is, these repetitive and spammy comments can make the future of TikTok miserable and destroy the user experience too.

How to See Who Viewed Your TikTok Profile

What Does “Clear Cache” Mean on TikTok?

What Does #xyzbca Mean on TikTok?