You are here: Home / Steam / Top 10 Most Popular Steam Games 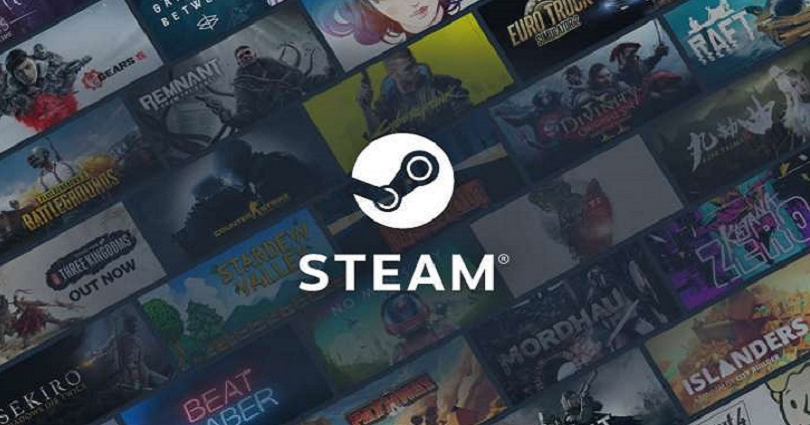 Steam has become one of the most popular video games digital distribution services.

The platform has more than 120 million monthly active users from over 230 countries.

The service contains a lot of third-party games such as Counter-Strike and GTA V.

It contains more than 50,000 games (in the US catalog) which contain both paid and free-to-play ones.

Here is a list of top 10 most popular Steam games keeping in view the number of current and peak players:

The most popular Steam game is Counter-Strike: Global Offensive that is why it is at the top.

Counter-Stike: Global Offensive is also one of the renowned games on the globe (by player count) behind Lineage and Overwatch.

The domination of the game can be observed with a ton of leagues and tournaments.

When a Major tournament (e.g. PGL Major) is live on Twitch, the viewership can exceed to more than a million viewers.

The sponsorship of the major Championships is by Valve where the prize pool is at least $1,000,000.

It is similar to League of legends which is also a free-to-play multiplayer online battle arena game.

The developer and publisher of the game is Valve same as the Counter-Strike.

Dota 2 and Counter-Stike: Global Offensive are going side by side to claim the top spot in steam game.

In the professional scene, The International (an annual Dota 2 tournament) gets one of the largest prize money that is, $47.76 million.

It’s currently the third most popular Steam game that has more than 300,000 daily players.

Unluckily, Lost Ark is unavailable in a lot of regions due of its RNG content (loot boxes).

Countries in Southeast Asia, Belgium, the Netherlands, and more cannot get access to Lost Ark.

You have to be the last team standing in which land on strategic locations, loot weapons and survive.

PUBG: BATTLEGROUNDS is similar to Fortnite and it is also a battle royale game and the developer of the game is Krafton.

In 2017, the game was released and it has received a lot of mixed reviews on Steam.

There are negative reviews available that are related to hackers and expensive microtransactions.

PUBG Mobile has become one of the most popular games in India.

Apex Legends is a free-to-play shooter game and the developer of the game is Respawn Entertainment and published by Electronic Arts.

The game contains a variety of Legends, tactical gameplay, and innovations that revolutionizes the battle royale experience.

Each legend comes with its own personality, strengths, and abilities that can be learned with ease, but hard to master.

There are a lot of powerful weapons and equipment are also available to use.

It also contains more than 50 awards and nominations and is named “Best shooter 2019” by IGN.

Containing more than 140,000 daily players and a peak of 180,000 players, ARK: Survival Evolved is the 5th most popular Steam game.

You’re stranded on an island known as ARK and you must hunt, harvest, and build to survive in it.

Dinosaurs and primeval creators moving to and fro in the land where you can tame and breed them.

You can also work as a team and team up with other players to survive, dominate, and escape the island.

It has more than 100 player servers where your character, builds, and tames will be stored in-game even if you leave.

Team Fortress 2 is one of the highest-rated free-to-play games of all time, and it is also the 7th most played game on Steam.

The game gets updated on a regular basis such as new game modes, maps, and equipment.

Team Fortress 2 contains multiple game modes including Capture the Flag, Control Point, Payload, Arena, King of the Hill, and so on.

Most importantly, you don’t have to spend money to win because all the items in the Mann Co. Store can be accessible in-game.

Grand Theft Auto V is one of the most played game that is why it is not hidden from the gaming industry.

It has earned $6 billion revenue by selling more than 165 million copies of the game.

That is why GTA V is one of the most popular games in the world.

The game contains a strong modding community with thousands of mods made by its own players.

In addition, the game also has a high number of average viewers on Twitch as a lot of famous steamers play the game.

Wallpaper Engine is technically not a game, but it deserves a rank in this list.

You can use this software to use live wallpapers on your Windows desktop.

The wallpapers are 3D/2D animations, websites, videos, and even apps.

An existing wallpaper can be used or make your own and share it with others.

In addition, you can download the Wallpaper Engine companion app from the Google Play Store too.

The app enables you to transfer wallpapers to your device and use them with ease.

You have to do everything in order to survive the island as everything on it wants to harm you.

It was launched on 8th February 2018, Rust contains more than 300 content updates and a guaranteed patch each month.

Your task is to build a shelter, eat or be eaten, and scavenge materials.

There are a lot of abandoned settlements and mysterious monuments that can be explored.

I have made this list from the official game statistics by Steam.

Steam open shares game data to improve its services and to identify problems.

The data has the top 100 Steam games keeping in view the number of current and peak players.

If you have any questions about it, steam discussions can be used for it.

Biggest Discord Servers in the world