You are here: Home / Gaming / How to “Proceed to the location shown in the painting” in Genshin Impact 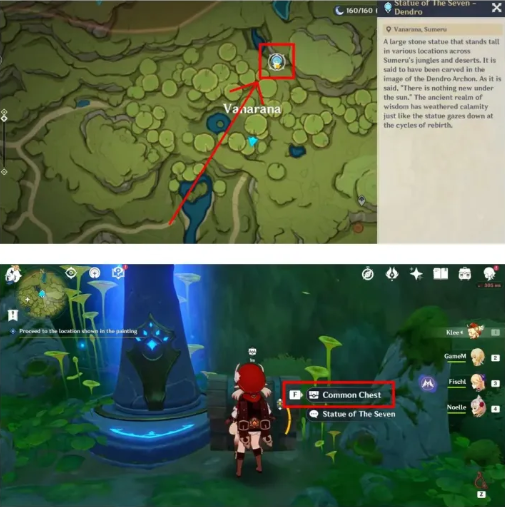 A task that you need to perform in game is to proceed to the location shown in the painting.

However, a lot of players have no idea what to investigate or interact with.

In this post, I will guide you on how to “Proceed to the location shown in the painting” in Genshin Impact.

The painting’s location is in the “Statue of The Seven – Dendro” north of Vanarana.

To reveal the Common Chest, you have to dig next to the statue.

“Vanarana plays host to a mysterious mailbox that will sometimes show strange scenes”.

“According to your experiences traveling with Paimon, treasure might be found in locations that specifically show up in images you find…”.

The next thing is to go back to Aranara’s cabin.