You are here: Home / Gaming / How to Solve “Look for clues to get inside Hyenas Base” in Tower of Fantasy 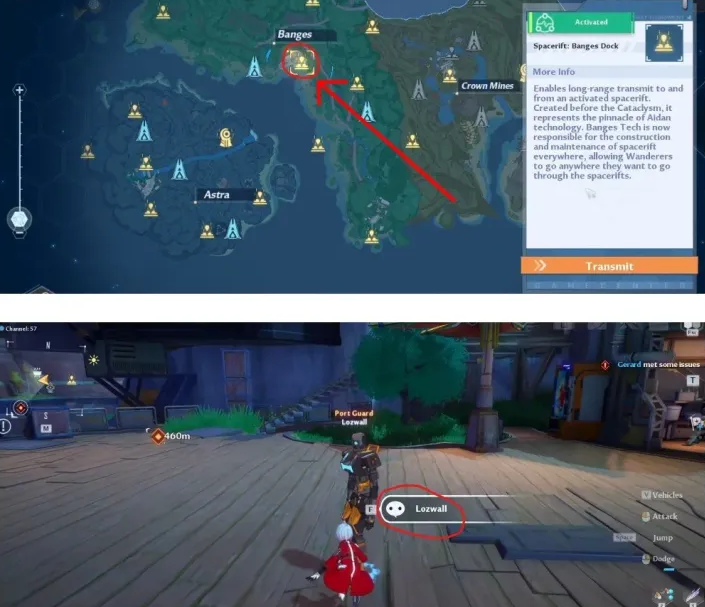 Tower of Fantasy contains a lot of missions/quests that you need to complete for rewards.

You can get the rewards in the game, in-game currencies.

The quest has a part “Look for clues to get inside Hyenas Base”.

This is related to Hyena’s Banges Base quest in ToF.

However, some quests are very difficult to complete because their hints are not properly visible.

In this post, I will tell you how to solve “Look for clues to get inside Hyenas Base” for Hyena’s Banges Base quest in Tower of Fantasy.

After talking to Lozwall, you will get a code and the mission will be completed.

You: “The Hyenas have a secret base on the sea near Banges. Do you know about it?”.

Lozwall: “Banges has been notified. If the Hyenas don’t harass the residents, we won’t take measures against them”.

You: “They seemed to have sent scouts. Just be careful”.

Lozwall: “I did capture a sneaky Hyena”.

Lozwall: “When he was captured, he kept on shouting: Be a free Hyena! For the free Hyena!”.

“Could it be some kind of Hyenas code?”.

How to Solve “Gather mushrooms” in Tower of Fantasy