You are here: Home / Gaming / How to Change Servers in Tower of Fantasy 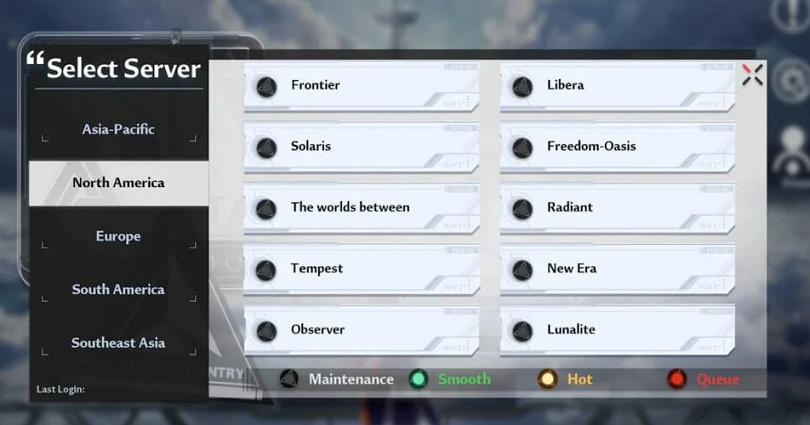 Do you want to connect to a server in Tower of Fantasy?

Or did you disconnect from a server and unable to join it again?

If the server is full, you cannot join it immediately and it is imperative that you wait for a while to join it back.

According to ToF’s official Twitter, if you’re getting connectivity issues, you need to move to a less crowded server.

This way, you don’t have to remain in a queue to join it.

In this post, I will tell you how to change servers in Tower of Fantasy on iOS, Android, or PC and if your progress/data will restart.

How to change servers in Tower of Fantasy

After selecting the server that you want to move to, tap/click anywhere on the screen to enter the game.

If you’re currently logged in, you need to log out by visiting your Settings > Basic > Switch Accounts > OK.

The server statuses are of four types Maintenance, Smooth, Hot, and Queue.

If you’re a new player, it is ideal to play on a server with a “Smooth” status because it will prevent you from queueing up to join it.

Just remember that if you join a new server, your progress will start from scratch.

The reason behind it is that your data is not shared across all servers in Tower of Fantasy.

To view the previous servers that you’ve joined, select the current server next to “Characters Owned”.

After selecting “Characters Owned”, you’ll be able to see the list of servers that you’ve been in.

Your progress will be continued if you go back to those servers again.

Will my progress restart if I switch servers in Tower of Fantasy?

Yes, your progress in the game will be restarted if you switch servers.

The reason behind it is that your data is not the same for all servers.

Every time you join a new server, your progress in the game will be started from scratch.

If you want to play the game with your friend, you need to tell them about the server you want to go to.

You should be playing on the same server as your friend to join as a team.

How to Redeem Codes in Tower of Fantasy