You are here: Home / Gaming / How to Unlock the Apam Woods Sumeru Hidden Teleport Waypoint in Genshin Impact 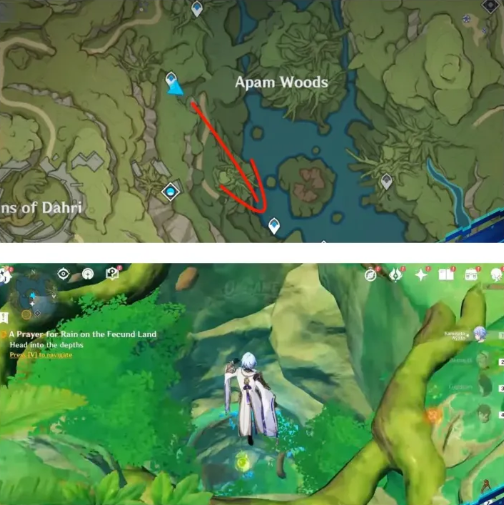 You need to perform the task in the game in which you have to unlock the Apam Woods Sumeru Hidden Teleport Waypoint in Genshin Impact.

In this post, I will guide you on how to unlock the Apam Woods Sumeru Hidden Teleport Waypoint in Genshin Impact.

In reality, the Apan Woods teleport waypoint is not concealed.

You just have to finish the World Quest Chain (Slumbering Wood Quest) to unlock it.

While you will go into the depths, stop at 50m and interact with the Teleport Waypoint.