You are here: Home / Gaming / The Vermin Brothers Locations in Tower of Fantasy 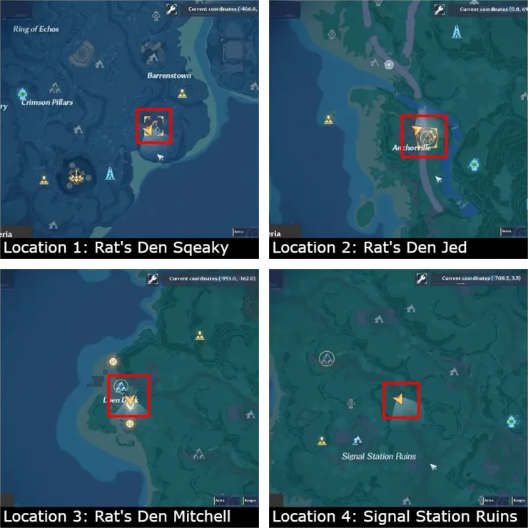 Tower of Fantasy is replete with multiple missions/quests that you need to complete for rewards.

You can get the rewards in the game are in-game currencies.

You have to perform an activity that is, to obtain the Maglev Stalker in ToF.

To make the chaser vehicle, you need to get it as it is one of the parts required to make it.

To get it, your task is to slay The Vermin Brothers/Gamma Mouse Squeak which can be located in specific locations.

However, you might not know how to locate them.

In this post, I will guide you the Gamma Mouse Squeak/The Vermin Brothers locations in Tower of Fantasy to farm them.

The Vermin Brothers locations in Tower of Fantasy

The task is to slay the boss in those four areas and go around them.

The reason behind it is that it takes time for them to spawn.

However, the Maglev Stalker’s drop rate is under 1%.

Therefore, you might have to farm a lot of bosses before you can receive a drop.

Another person stated that they’ve been farming for more than 41 hours but still didn’t get the drop.

The boss is wielding a sword and it is a large yellow-colored robot.

You can switch channels by selecting your current channel above the minimap and adding the channel number that you want to switch.

In this scenario, you will be able to farm the bosses without any players getting in your way.

If you didn’t get a Maglev Stalker drop, move to another location because it takes some time for the boss to spawn.

Behemoth Locations in Tower of Fantasy

What is Aida Time in Tower of Fantasy?