You are here: Home / Gaming / Subway Surfers Codes to Redeem 2023 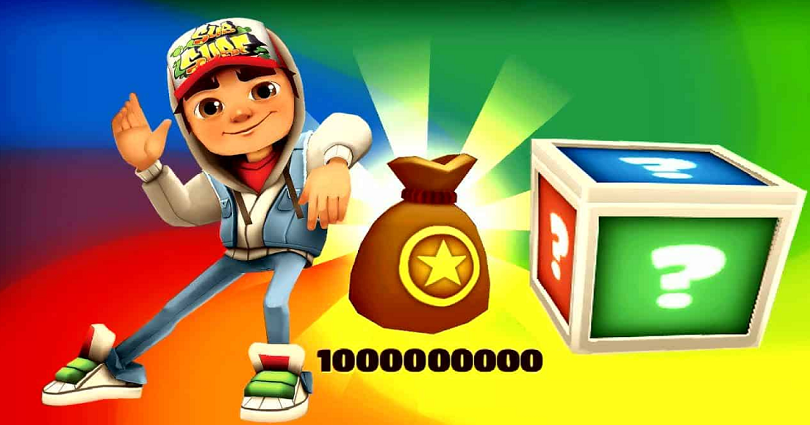 Subway Surfers codes were introduced and added in the “World Tour: London 2018” update.

With this update, the limited character named Jamie and Snowflake a limited hoverboard were also released.

You can redeem promotional offers by Kiloo and SYBO games using promo codes.

In the Houston update, an iOS update removed the promo codes.

The reason of the removal is that it violated the App Store guidelines.

However, the feature came back in the “World Tour: Marrakesh 2020” update.

This post has a list of Subway Surfers codes, how to get them, and how to redeem them on Android and iOS.

How to redeem Subway Surfers codes

You need to keep in mind that you cannot redeem Subway Surfer promo codes on your PC.

If you go to the redemption website from a PC, it will ask you to scan a QR code.

Therefore, to redeem codes, the ideal way is to use an iPhone or Android device.

In addition, subway Surfers should be installed on your device as well.

The reason behind it is that you’ll be redirected to Subway Surfers after tapping on “Claim Reward”.

You can also redeem codes by tapping on one of Sybo’s social media reward links.

After tapping on the link, the Subway Surfers app will open and you will get the reward.

If you’re having issues with redeeming the code, the best way to deal with it by contacting Subway Surfers for help.

How to get Subway Surfers codes

You can get Subway Surfers codes by watching live streams of Sybo on YouTube.

Whenever they launch an update, Sybo goes live on YouTube on update day (usually on Thursdays).

After going live on YouTube, the free promo codes of Subway surfers will be shown around 8 to 9 AM EST.

To get the codes on a regular basis, you can subscribe to Sybo on YouTube here: https://www.youtube.com/c/SYBOTV/.

Occasionally, Sybo also gives away codes for the sake of special promotions on social media.

You can follow the social media channels of Sybo from these URLs:

List of Subway Surfers codes (from oldest to newest):

The codes in the list above are sorted from oldest to newest.

Therefore, the codes at the top of the list may not work now.

If you the promo code is expired, it will give you the “Promo failed” error message.

The full error message will be: “This promo code has expired and is no longer valid”.

We will update the list occasionally and more codes will be added in the future.

Therefore, you can bookmark this page and come back again for the newest codes.

Subway Surfers codes are a great way to receive free stuff in the game.

Most codes offer you free coins or keys.

In addition, you can use the coins to purchase boosts like hoverboards, score boosters, and headstarts.

Alternatively, keys can be used to purchase new characters and boards.

For instance, you need 100 keys to unlock Miss Maia, a character.

Additionally, you can buy both coins and keys for real money.