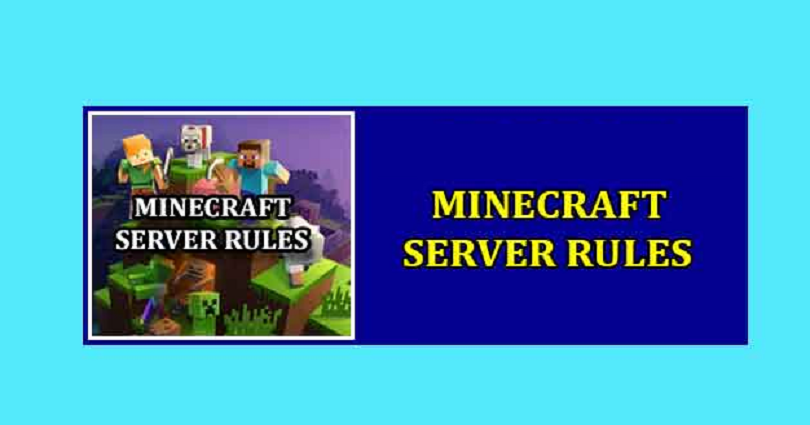 Every Minecraft server should have a list of rules in order to maintain it.

When you add rules to your Minecraft server, the members will know what they are not allowed to do.

If you don’t add good rules to your server, the members will not be in control and will do whatever they want.

The users will grief, scam other players, or advertise other servers if you have not added rules.

As a result, new players/members who join your Minecraft server might end up leaving.

The rules will also decrease the retention rate of your server.

However, it is a difficult task to come up with rules because they might not be coming into your mind.

This post has a list of good Minecraft server rules, templates, and ideas for SMP, survival, and faction servers.

What is a Minecraft server with no rules called?

A Minecraft server without any rules is known as a Minecraft Anarchy server.

A Minecraft Anarchy server does not have rules, and banning members is close to no.

Players can grief and use hacks and do not get banned for it.

Inhospitable or nihilistic are other names of Anarchy servers.

However, many players will join them and enjoy the independence because there are no rules.

In addition to no rules, cursing, threats, and obscene content are also present in Anarchy servers.

Usually, these servers’ spawn is destroyed, so you need to travel a long distance away in order to build.

How do I add rules to a Minecraft server?

To add rules to your Minecraft server, you need to install the “Essentials” plugin.

Go to the “rules.txt” file in the “Essentials” plugin folder.

You can add rules to server in the “rules.txt” file.

The “Essentials” plugin has been developed with a “/rule” command that players can use.

Whenever the players use the “/rule” command, the rules of your Minecraft servers will be shown to them.

You can add rules to “server rules room” with the help of signs.

Adding rules to your Minecraft server is imperative and I am saying that for some reasons.

Firstly, rules are made to maintain peace and stability in your server.

If your server is an SMP, it’s highly recommended to set a “No-grief” rule.

This will help to stop members from destroying others’ builds.

Secondly, rules will increase the retention rate of your server.

There is a great chance that players give preference to that server that is managed well.

Additionally, if any member breaks a rule, you or your staff members have the right to penalize them.

The most common penalties you can impose are a temporary ban and a permanent ban.