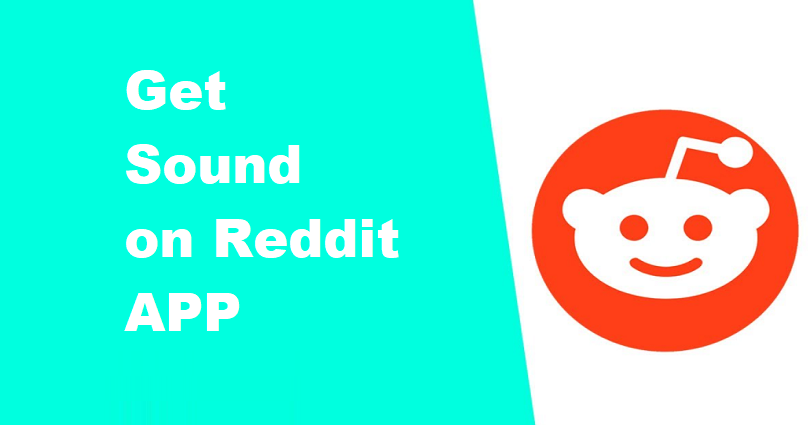 Reddit enables you to upload videos using the application if the community allows it.

To upload the video, you need to tap on the “+” icon, tap on “Video”, and select the video that you want to upload.

Sounds on the Reddit app will be turned off by default.

You can turn on the sound If the video has sound, you need to tap on the speaker icon.

You will get the “This video doesn’t have sound” error if the video does not contain sound in it.

However, that doesn’t indicate that the video is without any sound.

The video will be muted automatically if you are watching a video in an NSFW community.

However, there is a method which you can use to unmute it.

In this post, I am going to teach how to get sound on the Reddit app (for Android/iOS) and why does Reddit say “This video doesn’t have sound”.

To get sound on the Reddit app, the first thing you need to do is to enable adult content on Reddit’s desktop version.

In the end, expand the video and tap on the speaker icon, it will turn on the video’s sound!

You will not be able to hear anything even if you tap on the speaker icon.

Download the apollo app in order to bypass it.

The apollo app is a reddit app that has a number of features along with fast navigation.

You can use the jump bar to browse Reddit, a super charged media viewer with fully customizable gestures.

Additionally, you can also get sound for videos in NSFW communities by turning them on.

Here is a step by step guide on how to get sound on the Reddit app:

The first thing you need to do is enable adult content on the desktop version of Reddit.

This will help you to view any media and community on the Reddit app.

First of all, visit the official site www.reddit.com on a browser which you use.

After logging in, tap on the menu icon again > “Settings”, and > “Account settings”.

After doing so, tap on “Feed Settings” and enable “Adult content”.

This setting will enable you to view NSFW communities on Reddit.

By default, Reddit app turns off the audio for videos in NSFW communities.

Therefore, you cannot do anything in the Reddit app to unmute the audio.

Download the Apollo app that is the only way to bypass it.

Unfortunately, the Apollo app is only available on the App Store for iOS devices.

On the other hand, if you’re an Android user, you can download the Sync app on the Google Play Store instead.

The Apollo app is a Reddit viewer that has a lot of features.

The features are a native iOS design, customizable gestures, fast-loading pages, and so on.

It also allows you to unmute videos in NSFW communities or videos that are muted on the Reddit app.

After downloading the Apollo app, open it.

It will take you to the login page of Reddit where you will have to enter your username and password.

To do so, you need to tap on “Allow” available at the bottom of the page.

Step 4. Go to the video that you want to listen to

After doing so, you need to visit the video that you want to listen to.

Let’s suppose, you want to turn on the audio for a video from NSFW community.

To get started, visit the community and find the video.

After locating the video, tap on it to expand it.

In the end, to unmute the video, you need to tap on the speaker icon (if required).

The Apollo app will play the video as well as its audio even if it’s in NSFW community.

I hope that I have teach you how to get or turn on sound on Reddit!

Why does Reddit say the video doesn’t have sound?

Reddit says that the video doesn’t have sound because the audio of the video is muted.

Reddit will mute the audio if the video is marked as “NSFW” even if the original video has sound.

To bypass this, you need to download the Apollo app on the App Store or the Sync app for android users on the Google Play Store.

They will enable you to hear the audio for any video on Reddit such as NSFW content.

Any NSFW video will be muted automatically on Reddit.

You cannot listen to the audio even if the original video has sound.

You can try to use the speaker icon by tapping on it to turn on the sound.

If that doesn’t work, you need to download the Sync app on the Google play store or Apollo app on the App Store for this purpose.

To check it, you need to tap on the speaker icon available on the video.

By doing this, the sound will be turned on for the video.

However, if you get the “This video doesn’t have sound” error, it indicates that the video is muted.

It happens due to adult content on the video.

Videos on Reddit that are marked as “NSFW” will be muted by default.

You need to follow this article to bypass it.