You are here: Home / Gaming / How to Fix Can’t Invite Friends in Fall Guys 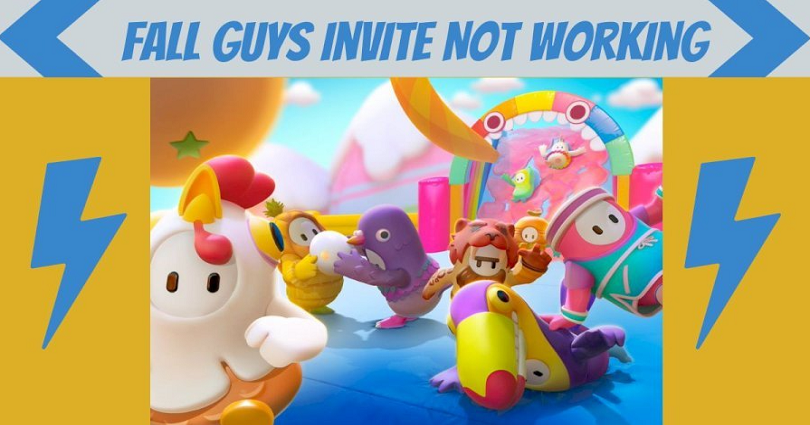 Are you thinking why can’t you invite friends in Fall Guys and do you want fix it?

You can face the issue on any device like PS5, Switch, and Xbox.

A lot of users are getting this issue and are complaining about it on social media.

Here is another example: “I’m on PS4, and on the quick menu, it says that there are many friends online playing Fall Guys, but when I open the black menu on the right, it doesn’t say that they’re online”.

In this post, I will tell you how to fix can’t invite friends in Fall Guys on PS4, PS5, Nintendo Switch, and Xbox.

To fix can’t invite friends in Fall Guys on PS5, your task is to change the game version to PS4.

After changing the game version to PS4, you should be able to view your friends’ invites.

It is a bug that users are experiencing on multiple devices.

Currently, Fall Guys are working on a fix and the next update will be released after fixing it.

First of all, go to the Fall Guys game on PlayStation.

After reaching the Fall Guys game, select the three dots.

After selecting the three dots, it will open a menu.

You will get a pop-up message asking you to confirm the game version.

The beginning part of the message, “You’re about to play the PS4 version of this game”.

The next part of the message is: “Do you want to switch to the PS5 version?”.

You need to select “Play PS4 Version” to switch to the PS4 version of the game.

In the end, try inviting your friend to play Fall Guys again.

If you can’t invite friends to Fall Guys on Nintendo switch, it can be fixed by restarting your game.

To begin with, you have to exit and re-enter Fall Guys.

After re-entering Fall Guys, click the right stick to open the party menu.

You can invite people to play the game with you in the party menu.